Well I finally did it. After telling everyone round me since the Multipla was launched how good they are and to go out and buy one if you have a family but want something that feels a bit sporty to drive, I bought one. It only took me 9 years. This is a 2000 SX JTD, the diesels have the best all round engine I think. It has 108K on it and has a few battle scars but is to be used to ferry the family around in the summer and for me to haul stuff about as I don't want to ruin Juppy. It was also to complement the Coupe. But while buying the Multi the owner has a very rare bike that has taken my fancy so the Coupe looks like it will have to go to make way for the bike.

Anyway, back to the Multi. As I say it has a few battle scars and needs a good cleaning inside but as I'm not planning to put it onto the road until the 1st of Feb as it's not taxed at the moment, it'll give me time to get things all sorted. Biggest one being fitting a working radio.

28/01. First job was to clean the car inside and out as it's a bit grubby. This the outside cleaned as I only had time to hoover the inside and I want to wash the seats at some point.

02/02. I sent away for a set of the flexi style wiper blades. We'll see how good these are. I need to mve the drivers side wiper arm a notch or as well because it's gong off the edge of the screen.

26/02. Got into the car this morning to go to work and the rear passengers side brake started to make a serious grinding and grating noise! It's obvoiusly something to do with the brake shoes so ordered up a new set. Needless to say I didn't take the car to work.

27/02. Well got the car into the garage and took the drum off! Don't think the brake shoes are supposed to be like this.

The rest fell out with the drum.

The shoes have lost all there lining and were buckled at the bottom. Not a good thing.

23/02. Noticed the last couple of days that the engine wasn't pulling as strongly as it should be. And there was a lot of "whooosh" when excelerating. On checking I noticed the bottom pipe to the turbo was off. This I thought would explain the loss of power. So I re-connected the pipe and noticed straight away the car was pulling even less. In fact it was all it could do to get over 45mph. I took the turbo pipe off were it goes into the airbox and straight away I had power again. So I checked to see if the air filter was maybe blocked. It was dirty but didn't seam that bad. I went to the local motor factors and got a new one to be sure but this made no difference. It could only be one thing then, the airflow meter. So I've ordered a new one up. I'll get it tomorrow all being well.

24/02. The airflow meter arrived today. That's it beside the one on the car.

There's 2 screws that hold the meter in but they are the hexegonal type with a difference. They have a little nipple in the middle so an ordinary hexi head won't fit in ti the recess. I don't have the proper tool to take them out but I found a good set of grips can losen them enough to take them out with a pair of pliers. Once out it's only a matter of pulling the meter out gently and placing the new one in. It's a 10 minute job. It worked a treat. The car is driving better than ever so it's been on it's way out since I bought the car.

08/09. I've been thinking of selling the Multi to look for a cleaner one but to be honest it's running so well I'm very reluctant to sell it. So I've decided to stick with it and buy a few bits to tidy it up. First thing I've bought is a set of aftermarket foot pedals. The standard ones are quite narrow and after a while in town driving I find the balls of my feet get a little uncomfortable. These are a bit wider so should help.

24/09. The hand brake cable broke this morning. It comes in 3 sections, one to each wheel and a short one from the hand brake that the 2 clip into. It was the short one that broke. Quick call to my Motor factors had the set left to the house. It took 10 minutes to change the short bit. I'll change the rest only when I need to. 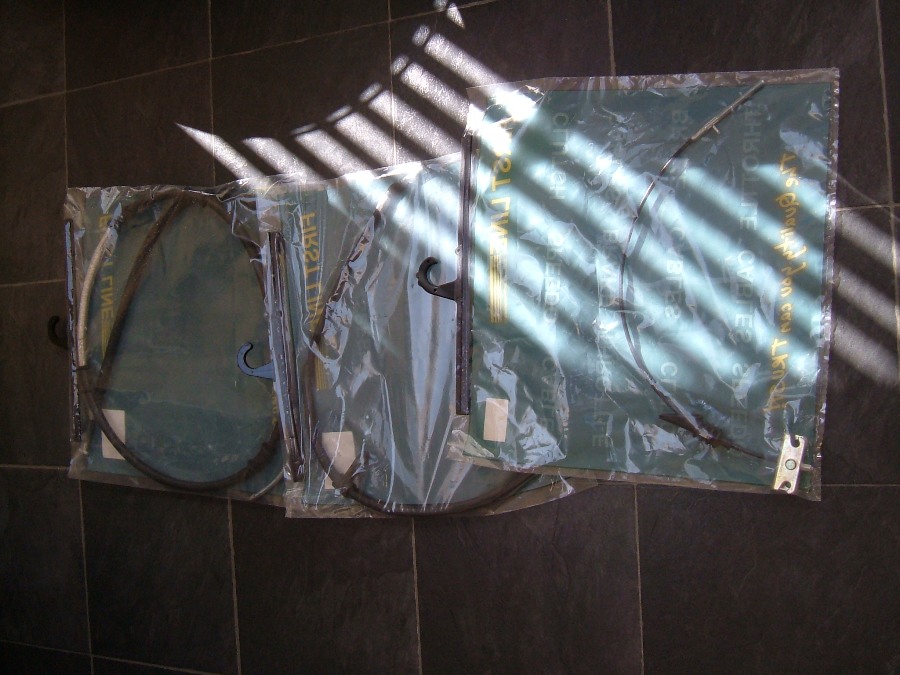 20/11. Mot day. Headlights done, washed underneath, rear number plate replaced. Passed no problems. Mot tester even took the time to point out what bits are really good should I decide to swap them over to the red Multi when the silver one goes to scrappage in January.

31/12/09. Thoughts for the year. The Multi turned out to be one of the best all rounders I've ever owned. Lovely car to drive, handles really well due to the extra width and a wheel at each corner, and very easy on the fuel. Great car indeed and a real surprise. So it's an even bigger surprise that I am sending the car to the scrappage scheme that's in place at the moment. Lorna is looking a new Grande Punto so it's going to a good cause..